Who is displayed as post's author?

If you're confused about which platforms will mention the author's name, let me clarify:

You will notice that for Facebook pages, it will say "Published by ContentStudio."
This is to show that you have composed a post via ContentStudio App (Web, Android, or iOS). Only the admin of a Facebook page will be able to see this.

But this is how it looks for the rest of the users. (Published by ContentStudio isn't visible)

Other users and viewers will not see this in their feed. It is useful in the sense that you can distinguish between posts published via ContentStudio or any other.

Here's a clear breakdown of what is included and where:

e.g. "Twitter for Android", or "Twitter for iPhone." Similarly, all the tweets published by ContentStudio platform will show as follows: 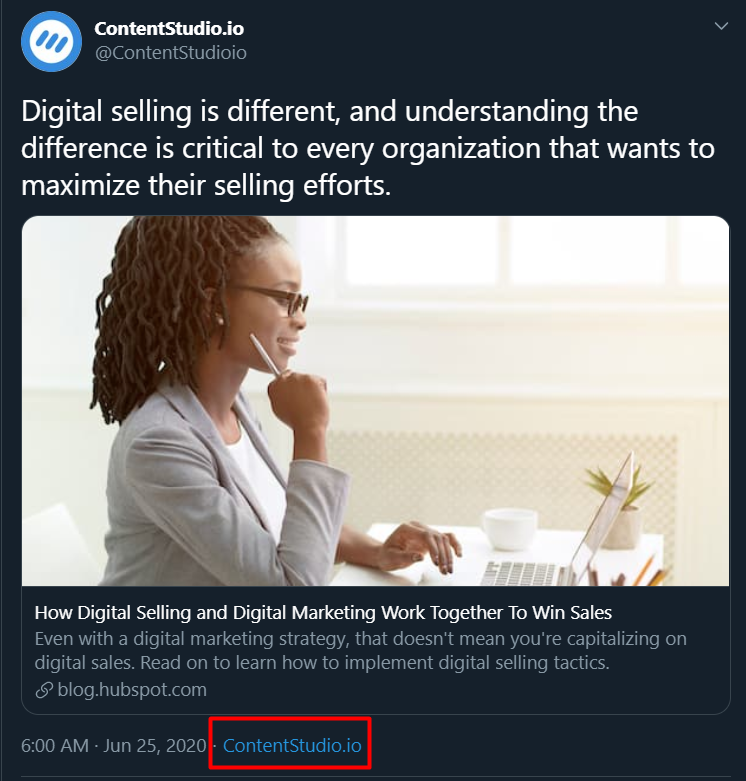 No matter who publishes on LinkedIn profile, your Page name will be displayed as the author of the post. You will notice that it says "Posted by X" on the post. Note that it is only visible to the admins of the page. The source platform of the post is not published on LinkedIn.