Preview Changes will not be visible to customers until published.

How to use the Generate Caption feature

You can generate AI-optimized captions for your posts using our Generate Caption feature. With this feature, you will no longer need to spend time creating the perfect caption, our AI will create it for you.

The Generate Caption uses credits. Each credit is used upon the following circumstances 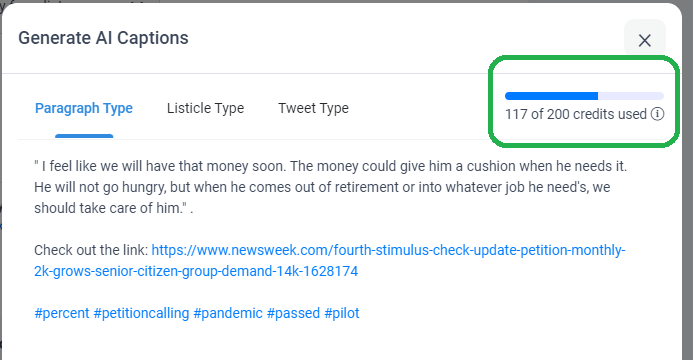 The following are restrictions/limitations to the Generate Caption feature:

1: How to start the Generate Caption feature

You can use the Generate Caption feature anywhere a composer pops up. Below are 2 examples of using this feature from different composers:

You can start this by going from the Dashboard to Publish-> Composer-> Social Media Post. In the text editor section, paste any link or use our assistant to find articles for your post and just drag and drop your selection into the text editor box. Doing that will show a Generate Caption button in the text editor. Check the image below for a visual representation of this process

You can use the caption generation feature from the discovery composer by clicking on the "share icon" on any article in Discovery. There is no need to add any links here as the article is already selected.

The Generate Caption feature brings up 3 options for you to select from. These options allow you to variate between the type of caption you would like:

Here, on the right side of the interface, you can see your Caption Generation Credits. Clicking on the Increase Limits button will open the Upgrade Limits popup menu where you can increase the limits of any upgradeable feature of your ContentStudio account. There, you can also increase or add more Caption Generation Credits for your ContentStudio account. 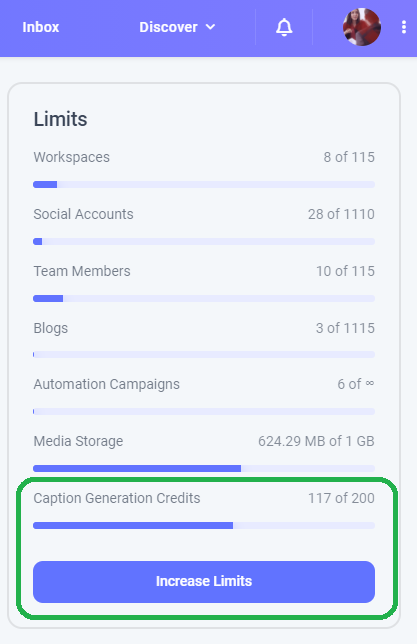 This is the Upgrade Limit popup. The cost per 100 credits is $5 USD. Should you reach your limit, you can top up more credits from here at any time. 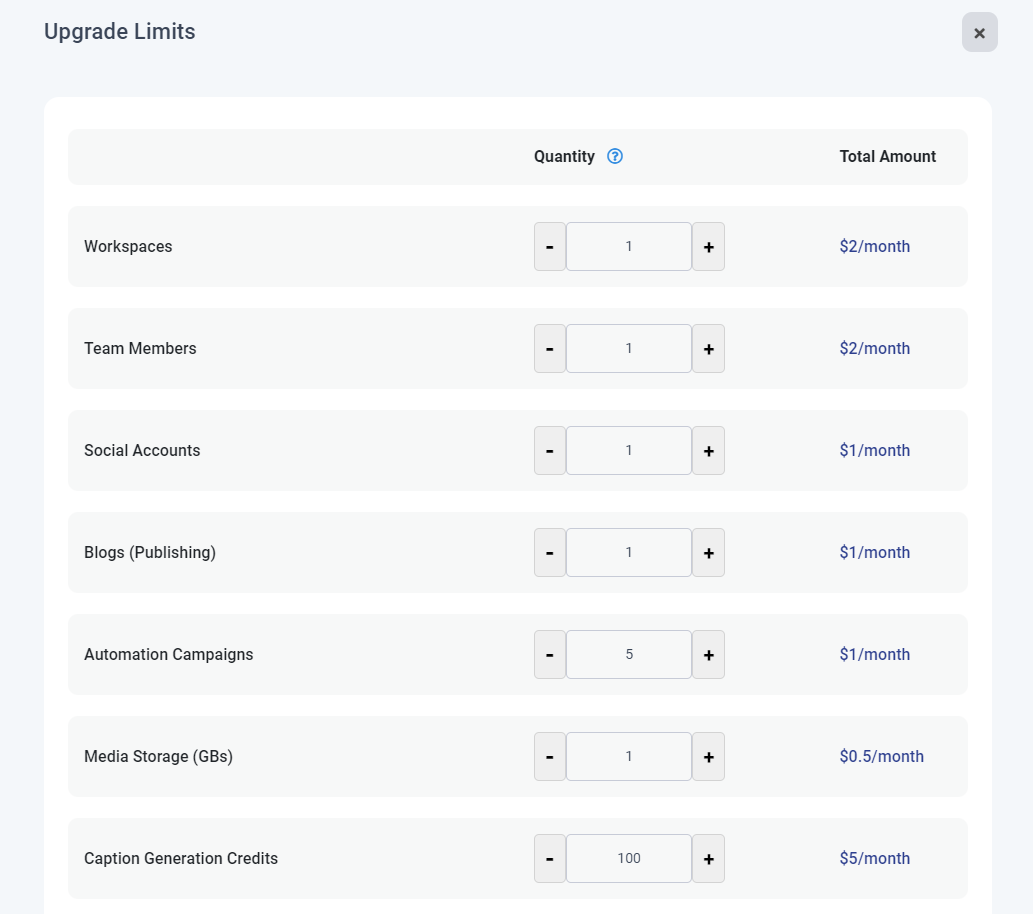